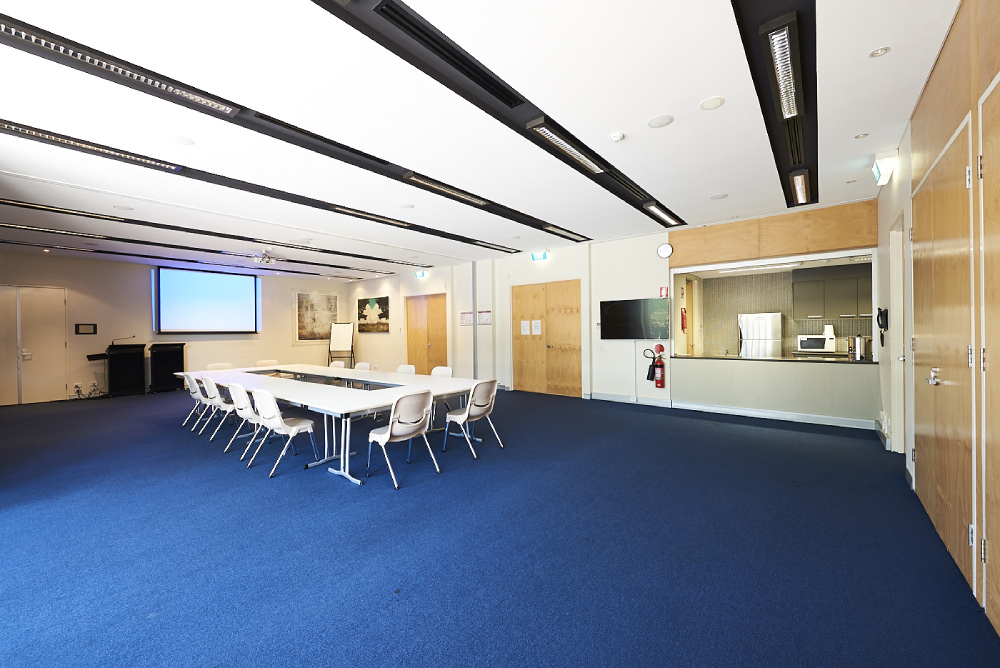 Strathfield Library has one large meeting room and three small interview rooms available for hire. Prospective hirers should note that proposed activities to be held in Strathfield Library should not conflict with the library function such as excessive noise during library hours.

The Ironbark Room seats up to 80 people and can be divided into two sections, one which allows access to the kitchen facility, the other with access to the audio visual equipment.  Each section will seat up to 40 people.